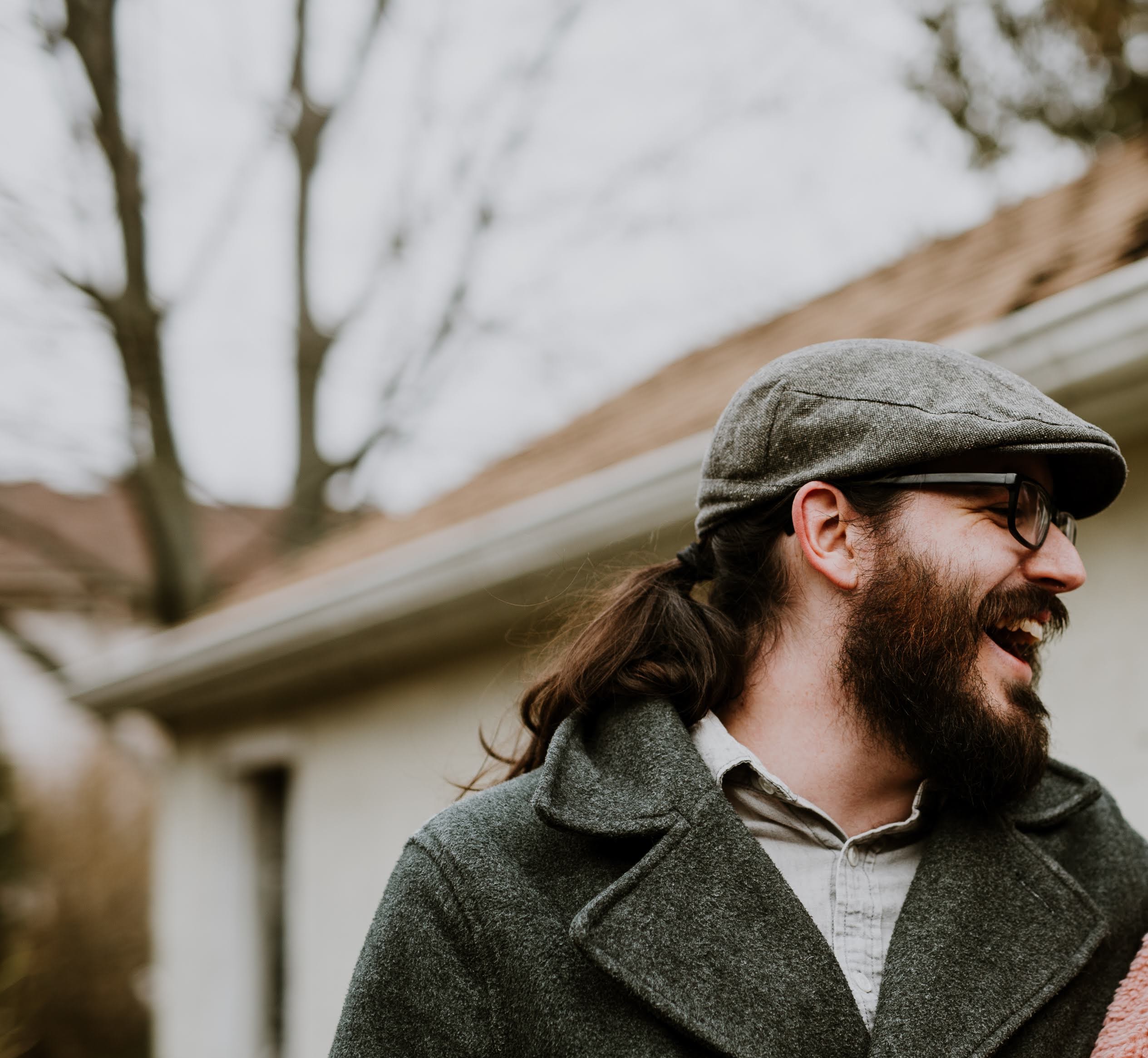 I study the history of 20th-century philosophy, especially pragmatist approaches to meaning and justification.

"C. I. Lewis was a Foundationalist After All" (History of Philosophy Quarterly, 2020)

"He is a buddha when it comes to metaphysics. By the end of the class, he had me believing I was some kind of god that could warp space and time."
- Random Redditor

You can reach me at:

I am a Visiting Assistant Professor of Philosophy at Hope College. For the 2021-22 academic year, I served as a teaching-stream Assistant Professor at the University of Toronto, where I earned my PhD under Cheryl Misak, successfully defending my dissertation in May.

I research the history of 20th-century philosophy and its uses and implications for substantive philosophical questions. My chief focus in this area lies at the intersection of pragmatism and the history of analytic philosophy. My dissertation, How to Be a Pragmatist in the End, critically interprets pragmatist attempts to account for objectivity, arguing that pragmatism's most promising contribution in this area lies not in a theory of meaning but in a pragmatic justification for our basic empirical beliefs. I have a secondary interest in 20th-century Continental philosophy (especially Arendt).

I'm married to Brittani. Our eldest kiddo is Juniper; our second, Evangeline, is coming in September! We live in Holland, Michigan.

*A paper (under review) defending a pragmatic response to skepticism about the external world, one that centrally appeals to the indispensability of reliable perceptual faculties for our effective agency -- and so for our attaining control over our empirical circumstances.

*A paper (under review) arguing that the essence of the "Myth of the Given" Sellars critiques in "Empiricism and the Philosophy of Mind" is not epistemological foundationalism but psychologism about meaning.

*"Inferentialism, Modal Anti-Realism, and the Problem of Affection" (invited for a volume on Sellars's relation to Kant), where I contend that Sellars's theory of meaning as normative functional role undermines his modal anti-realism.

*A paper arguing that, at least in early works like "The Fixation of Belief" and "How to Make Our Ideas Clear," Peirce was an external world anti-realist.

*A paper arguing that Hannah Arendt's critique of human rights is best read neither as a banal point about rights' enforceability nor as an implausible claim that all rights are socially conferred, but as a rejection of the metaphysical and axiological priority of our bearing individual rights over our capacity to participate in political community.

I'm happy to send you drafts. Just email me.

How to Be a Pragmatist in the End:
Objectivity, Skepticism, and the Demands of Agency

Pragmatists face serious difficulties in accounting for the objectivity of truth and knowledge. For they clarify the meaning and truth of our beliefs by appeal to their practical success, and practical success seems to be relative to a particular context⎯and perhaps even a particular subject. Some pragmatists verge on simply accepting this consequence, but others attempt to provide for objective standards of truth and justification. My dissertation interprets and evaluates this objective pragmatist tradition. I argue for three key claims. First, there are two conceptions of objectivity prominent within this tradition, which are not only distinct but further in serious mutual tension: an empiricist conception, on which the objective constraints on belief are provided by possible experiences, and a realist-causal conception, on which they are provided by causal interaction with the mind-independent natural world in perception. These conceptions dominate in different historical periods, marking the transition from classical pragmatism to neo-pragmatism. The classical pragmatists most concerned with objectivity, C. S. Peirce & C. I. Lewis, opt for the first conception (notwithstanding apparent realist-causal sympathies in Peirce’s work that ultimately explain the emergence of the second within the pragmatist fold). Those neo-pragmatists like Wilfrid Sellars who do not jettison objectivity outright opt for the second. Second, ultimately neither camp effectively deploys its conception to vindicate the objectivity of thought: the former camp falls prey to phenomenalism while the latter fail to leverage their externalist accounts of meaning into adequate responses to skepticism. Finally and in consequence, pragmatism's most fruitful contribution to thinking about objectivity turns out not to lie in its accounts of meaning and truth at all, but in its independent epistemology: specifically, in the view of Peirce and Sellars that our right to accept our basic empirical beliefs is a pragmatic warrant that derives from the demands of effective agency—and ultimately, in my view, from the value of achievement and control.

"​Best Philosophy TA one could ask for; give this man a job!"
⎯Student Evaluation

I'm happy to send you my teaching dossier and sample teaching materials. Just email me.

Happy to chat via email.